This post gives a brief overview about the Command Pattern. The post is part of a series about software design patterns and their UML representations with the help of PlantUML.

What is the Command Pattern?

According to Wikipedia, the Command Pattern is a behavioral design pattern in which an object is used to encapsulate all information needed to perform an action or trigger an event at a later time. This information includes the method name, the object that owns the method and values for the method parameters.

Implementing (hard-wiring) a request directly into a class is inflexible because it couples the class to a particular request at compile-time, which makes it impossible to specify a request at run-time.

What solution does the Command design pattern describe?

This enables one to configure a class with a command object that is used to perform a request. The class is no longer coupled to a particular request and has no knowledge (is independent) of how the request is carried out.

The following diagram shows the Command Pattern in UML notation. It is based on the corresponding chapter in the book “Head First Design Patterns“: 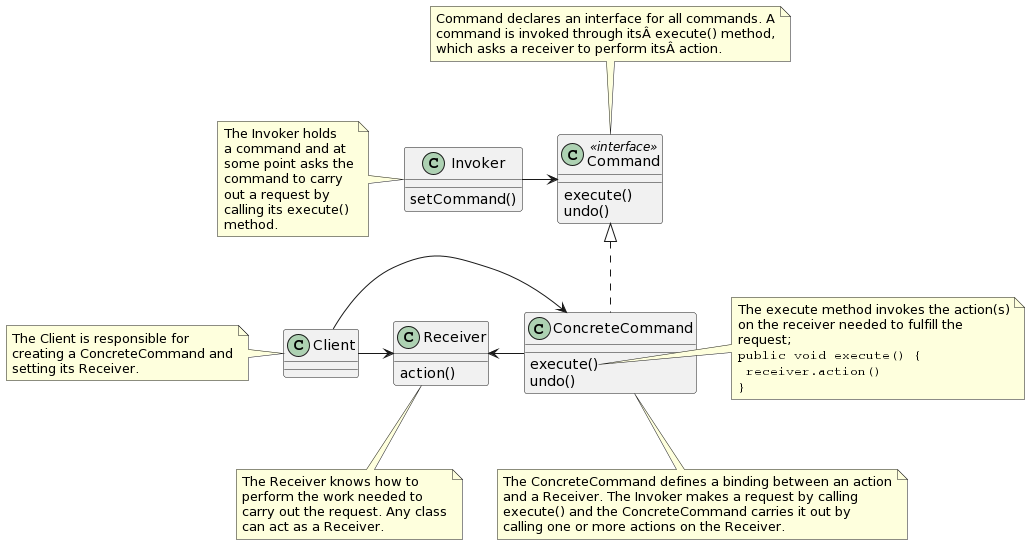